In recent years, in large-scale shopping malls or activities, we always see the figure of "LED fan". Its appearance is similar to the fan, but it can display various patterns when rotating, and some can display dynamic 3D patterns, which is very cool. Every time we see it, we can always make people stop and watch it, which plays a very good role in publicity and promotion. So how do LED fans display patterns?

Strictly speaking, this so-called "fan" is just a vivid way to call it. In fact, it is a kind of "rotating LED light bar", and its professional name is holographic 3D smart glare screen. After power on, the "fan blade" starts to rotate, which can present a 3D image at the same time, cool and lifelike. At the same time, according to the size and color of the pattern, the LED fan can well hide its leaves, because there is no frame and no fixed screen, so the dynamic picture is like floating in the air, very realistic.

The 3D smart screen not only uses the hardware of rotating LED, but also uses the visual persistence of human eyes. For the hardware equipment of rotating LED, simply speaking, it is to calculate the change frequency of LED light according to the rotation speed of "fan blade". When different LED lights are lit at different times, different patterns will appear. The so-called visual persistence refers to that when the human eye is observing the scene, the light signal is transmitted to the brain nerve, which takes a short period of time. After the end of the role of light, the visual image does not disappear immediately, and the human eye can still maintain its image for about 0.1-0.4 seconds. This kind of residual vision is called "afterimage". The visual phenomenon is called "visual persistence", and the single product can be unique. Vertical display effect can also display the overall effect in combination.

At present, the main application of 3D smart screen is advertising. Because of its editability and realistic display effect, it is believed that in the near future, it will be applied in more fields. 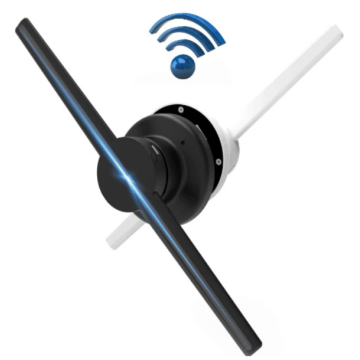 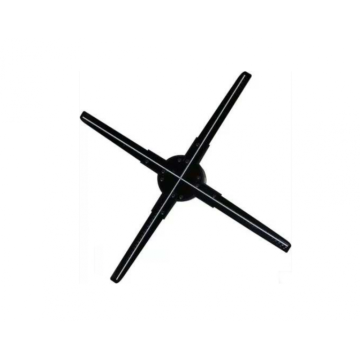